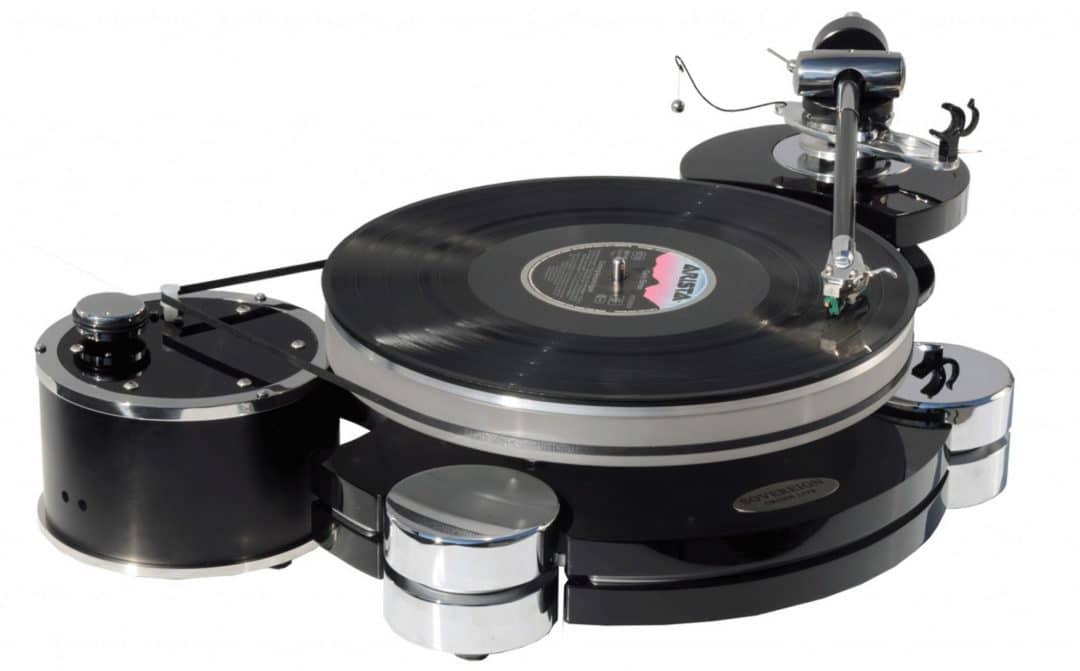 Origin Live is one of the least appreciated and most under-rated turntable designers in the world. And yet, their turntables outperform most of the world’s designs, as do their arms and there is a hell of a lot of their kit floating around the globe, attached to other well known brands. Everything from upgraded motors, platter mats, belts…even oil! I use the Sovereign as my reference, high-end turntable with its 12” Enterprise arm so, when I heard about two new upgrades for the design, I was all over it like a rash. So what’s involved? The new Sovereign arrives with the two modifications included but the upgrades can be retro-fitted for current owners.

The first is an upgraded motor – it’s that pod on the left of the turntable on the image below. You send in your old model and the internals are upgraded. There are no external changes. I asked Origin Live boss, Mark Baker what was going on under the hood, “The motor has eight times more torque than the previous model. Hence, the music has so much more slam and is more dynamic. It’s also a smoother motor and is quieter. It’s a third party construction. We have enough on out plate to do it ourselves. There’s also a thermistor in there. Oil drag increases when its more viscous so a 10 degree drop in temperature has an effect. So the thermistor compensates for temperature changes.”

Next is the power supply (the nondescript case shown below). For this upgrade, you will need to buy yourself a new model. Again, there are no external changes but the internal upgrades are significant, “For the power supply, it is fully balanced which does a lot to reduce noise in general terms but we are also featuring a special winding technique to reduce mains nasties that are transmitted through transformers,” said Baker. “People say that transformers get rid of this and that and the other but, in practice, they don’t because they’re compromised, they let all kinds of noise through so we have a mains cleaning feature in there to get over that. This is such a breakthrough technique for us that we are going to be putting it in other larger transformers later. The supply also has parallel coils, halving the impedance and doubling the power output.” 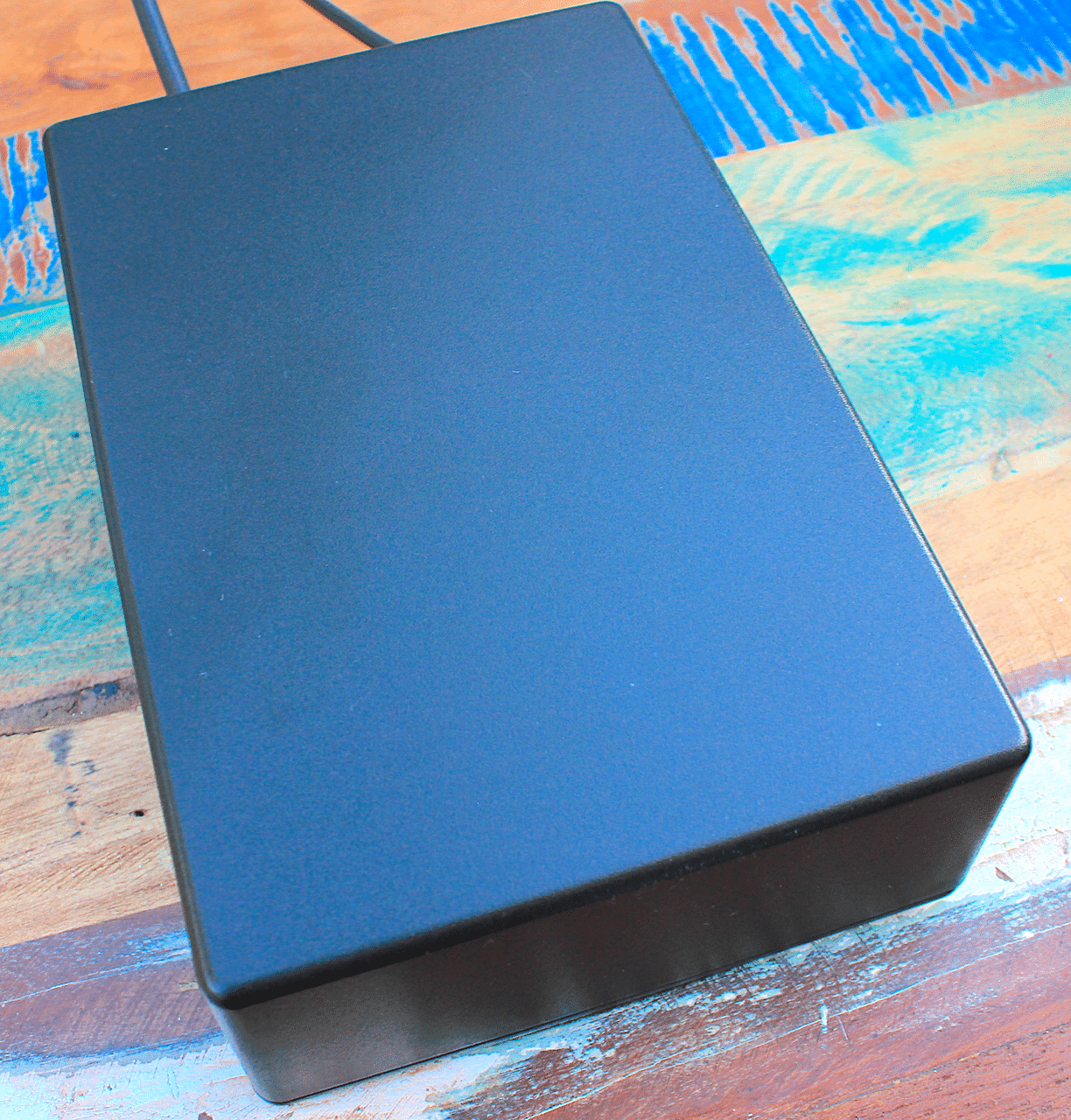 I upgraded both the motor and power supply and compared each to their older models.

The first part of this sound test was devoted to the motor. I began with female vocal-fronted jazz and Patti Page’s No Moon At All from the stereo 1959 reissue of 1950’s The West Side, fronting Pete Rugolo’s orchestra.

What hit me immediately upon the initial record spins was the accuracy of the piece and the precision of the instruments which helped the pace and musicality of the entire track.

Because the accuracy and precision was increased, this meant that the space in-between the instruments was increased which gave the soundstage a relaxed and open feel. More than that, the tonal realism was also enhanced so that you could better hear the difference between a trumpet and a trombone, for example, even when they played simultaneously. More than that, when someone put really energy and effort being the blowing of a trumpet, the lips really vibrate and sound rather reed-like in nature. This important texture was also tracked by the Sovereign in this upgraded format.

All of these improvements also helped the subtle aspects of the arrangement so that, on the track I’m Glad There is You, secondary percussion such as the bongos, had a great subtlety. Those nuanced changes in hand position that altered the tone of the instrument was easily picked up here.

I decided to see how a more dynamic track would behave so played, lead singer with Porcupine Tree, Steven Wilson’s solo LP The Raven That Refused to Sing And Other Stories.

The principle facet of the sound here was the overall clarity of the presentation. The title track starts quietly and builds to a tremendous climax but, as it does so, you notice just how clear, calm and collected the Sovereign is with the new motor assembly. The fact that all hell is breaking lose towards the end of the track and, yes, even then, you can easily and clearly hear the ting of cymbal strikes and the swish of the post-cymbal strike is testament to the lucidity of this turntable in its upgraded format.

Of course, this was only half of the journey. Next up was the improved transformer assembly. So back to Patti then.

Patti Page played through the new motor and the new transformer unit? I was speechless for a few moments. The drop in the noise level was staggering. That is, the music now came from a stillness, a silence that meant that more detail was now on offer. Have you ever stood outside in a garden or road in the still of the night. Standing all alone? The sort of quiet where even tiny scratches of the leaves pushed by the wind sound pretty loud and significant? That’s the sort of effect that the new upgrades were having. Even subtle and delicate details were now popping out from the soundstage. Hence, there is a very subtle and quiet piano and plays, almost to himself behind the Page vocal. This piano can not only be heard but hi rather complex finger work was there to hear in all its glory.

That’s not all, though, even plainly heard sounds were transformed because more of that sound could now be fully understood. Hence, Page’s lead vocal sounded, tonally, far more realistic with an incredible realism without any form of masking of veiling. The sheer, open nature of the delivery was stunning.

As for Steven Wilson’s epic track? The first part of this musical piece played with silence and allowed instrument to linger and float. The new lowering of noise gave this early part of the track an almost ethereal aspect and the amount of air and space made available via the transformer unit was cavernous in nature.

During the end sequence, as the music built into a powerful force the track continued to retain its fragility and delicacy. The balance was never lost and the track maintained is ‘cloud of sound’ effect.

If you own a Sovereign, the question of whether you should or should not take advantage of this two-part upgrade is almost laughable. In fact, if you asked me that question I would actually laugh out loud. Of course! Goodness gracious, yes. All new Sovereign turntables automatically feature this upgrade and with it, the Sovereign is surely one of the best turntables currently available on the market. An incredible feat of engineering and a sense of pure joy for the ear. If I had a cap I would doff it towards Origin Live. In fact, I’m tempted to buy a cap so that I can do exactly that.

Price: Motor upgrade (you send the motor back to Original Live for the upgrade): £395

Power Supply upgrade, you buy a new one from Original Live: £365 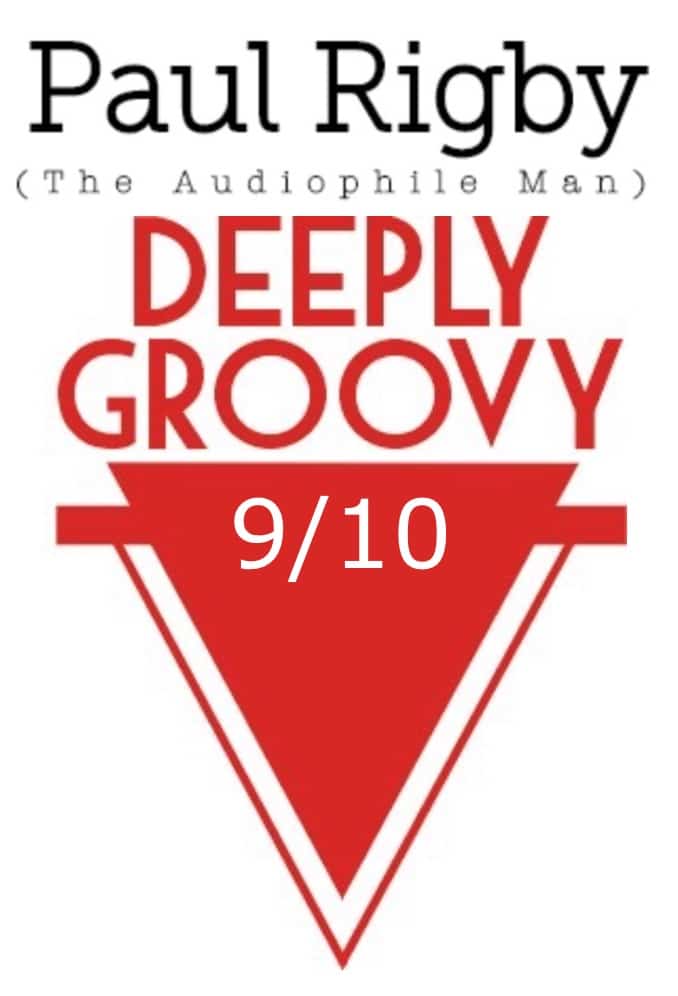