It’s said that if you understand manufacturing, it’s much easier to design and innovate. This is probably especially true for Hi-Fi design which encompasses such a wide array of disciplines. As an engineer I find it interesting to look at the backgrounds of innovators and product designers. Most come from intensely practical backgrounds. My story may be of interest to some.

My Father founded and ran a successfull boat building business with over 60 staff. His boats were popular in the UK among sailing clubs, schools and Universities. They were also exported all over the world. I benefitted enourmously from this background and spent holidays regularly working in the factory.

I’ve always had a love for music. One incident stands out from an early music class when I was aged just 10 years old. The teacher started by testing us, which involved each of us in the class singing the same piece of music — on our own, without instruments. At the tender age of 10 this was traumatic. Somehow I managed to sing the peice on pitch perfectly and was singled out in the class of 15 as having an excellent ear. I owe much to that teacher for identifying a gift that has proven of great worth in Hi-Fi design.

Another love was racing sailing dinghies and because of this I chose to study Ship Science (Naval Architecture) at Southampton University. Ships are a bit like self propelled floating towns so the degree covered a much broader range of topics than you might expect. In addition to wave theory and hull design, subjects included electronics, thermodynamics, materials, aerodynamics, mechanics and structures.

After graduating from Southampton University with an honours degree in 1976, I wanted to join the local Warship builder, Vosper Thornycroft. They had a yearly intake of only 3 graduate trainees and thankfully I got through the interview process.

Having helped built fibreglass (GRP) boats from the age of 12 during holidays, I think Vospers saw saw my experience as a ready fit for their new minesweeper ships. These were made of glass fibre as opposed to wood. Unlike other ships, minesweepers have to be completely non-magnetic, so steel was obviously never an option. These ships were technically challenging as they not only needed to be completely non-magnetic but also to withstand underwater shock that would sink a battleship. For example the hull structure was bolted together using thousands of extremely expensive large Titanium bolts.

My first appointment was Development Engineer for the new glass fibre minesweepers. This multi-role position was to improve production and encompassed everything from design improvements to new manufacturing techniques. Production departments tended to ask me to solve problems that no-one else would deal with.

Besides responding to problems, I took a proactive role in identifying better ways of doing things. For example I proposed radically changing the structure of the vessel from ribbed construction to sandwich construction. Once our design department agreed with this, we started detailed design discussion with the Ministry of Defence (MOD) and first hand witnessing of underwater explosive tests on ships. Unfortunately this particular project failed to win MOD approval in spite of the projected cost savings. Seasoned veterans tried to soften the blow by telling me the MOD had a  “not invented here” mentality. Fortuitously, the experience gained from this exercise was later to prove invaluable in designing structures for Hi-Fi.

Minesweeper construction is a bit special as these ships need to withstand underwater shock from exploding mines. Unusual aspects of structural design are considered which are more complex and entirely different to normal strength and resonance considerations.

After 4 years as GRP Development Engineer and obtaining chartered engineer status I was seconded to a very high level team working for British Shipbuilders. The industry as a whole was in deep trouble due to outdated management and crippling trade union demarcation. Shipbuilding was not alone in this and some will remember other key industries such as coal, steel, cars, motorcycles etc. all suffering similar problems.

The team I joined had been hired with the tricky task of saving the Shipbuilding industry. Chosen because they had designed and mentored the Korean shipyards which led the world at the time in terms of productivity, build times and low cost. It was not just brilliant yard facilities but the introduction of Japanese production techniques that had propelled the Koreans to this enviable position.

This proved to be a very intense period of learning and working with truly world class players. After the secondment I returned to Vospers and was assigned to help implement what I’d learned. First assignment was as a member of a project team building a Type 42 Destroyer where I managed 9 foremen with over 100 tradesmen.

I loved Shipbuilding and only chose to leave because the industry was in serious decline. Once orders shrank, over half the workforce of 3000 had been made redundant within a year and morale was not good.  I felt a brighter long term future lay elsewhere. This instinct proved right, although it was to be an unexpectedly long and difficult road to progress in the world of Hi-Fi design. 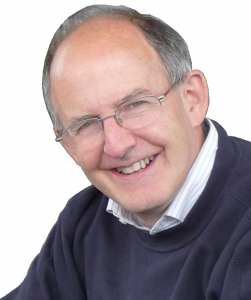 You might have spotted a familiar tonearm on the c
Made to make your Rega better. Do you think the On
👉 Is that what you were expecting under the hoo
How do you make a Silver Tonearm? This great video
Follow on Instagram
Page load link
Go to Top