Do You Need Help Choosing a Cable?

Do You Need Help Choosing a Cable?

I have read many Hi-Fi magazines per month for many years and see countless cable reviews. As a cable designer with years of experience in the field, it has become all too apparent that this subject needs a lot of clarification. Origin Live’s very first product was a cable. In fact, back then in 1986 the company was known as “Cable Design”.

Is Cable Choice a Lottery?

Finding the best cable for your system can be like a shot in the dark. Some users have to try numerous cables before finally getting the results they want. Without meaning to sound arrogant I would suggest that reviews and specifications need a lot of help in their interpretation for reasons which will become clear later on.

Origin Live don’t offer a cable to suite every system and we do not believe that there is such a thing as “the best cable”. We do believe however that there is “a best cable for your system”. This article provides plain talk that could save you a great deal of time and money.

At quite a few Hi-Fi shows I have been accosted by sales representatives extolling the wonders of a new cable that we “must” try in our system and be “blown away”. Not being completely cynical, we usually give them a whirl. The interesting thing is that in spite of sometimes consisting of solid silver and costing many times more, we have only found one of these offerings superior and this was 11 times the cost. I hasten to add that auditioning was by impartial consensus, as we usually have non-staff present in the comparisons.

This story is not to say that most cables offered are poor but rather to illustrate that no cable will ever suite all systems. In the world of Hi-Fi equipment, cables seem to be one of the most system dependent items by a colossal margin which is one reason we hardly ever submit ours for review.

If you’ve read cable reviews, you will be familiar with various theories about their design. Before commenting on various cable philosophies you may want to know a little of our background for credibility. Origin Live started in 1986 by designing the very first solid core cable ever produced specifically for Hi-Fi. This cable continues to be a fantastic cable for valve amplifiers and only a month ago replaced the “reference” cable used in a reviewers system. We later developed highly configured stranded cables and Litz wires. Walrus Hi-Fi described our cables as “the best kept secret in Hi-Fi”. These comments should allay fears that the following comments are merely fanciful ideas. Cables are highly controversial so let’s consider a few dogmas.

Silver is the best material for conductors in the cable?

Silver wire seems to increase clarity, sometimes remarkably. However it can also sound rather harsh and bright in the wrong system so one has to be careful. The odds are that it’s much more likely to work well with valve amplifiers than solid state, but other than this, it’s hard to say much except that in plugs and sockets, Silver seems to invariably sound the best.

PTFE is the best insulation material?

PTFE has the best figures for practical insulation (apart from air or a vacuum). However, we have found it is not necessarily the best dielectric to use in cables – testing shows that it shifts the tonal balance towards brightness along with a reduction in bass weight. This can be accounted for in the way that dielectric properties vary with frequency. There are materials that seem to transmit more evenly across the whole audio frequency band.

As we’ve already discussed, cables are very system-dependent, so any cable review that doesn’t mention the system used is of questionable value. As you will read in a moment, you can glean a certain amount of useful information from a cable review if you know the context.

The most fundamental difference between cables is whether the conductor cores are twisted or run parallel with one another. Your system will have a clear preference for one of these 2 types of cable. So when you compare cables, start by comparing a flat cable to a twisted one, rather than a whole range of say, flat cables. Once you know your system preference, you have immediately narrowed down the field massively.

Twisted cables offer a lower inductance load, which is generally considered a good thing from a theoretical stance. However, flat cables can sound better in certain contexts and have the attraction that they can more easily be fitted under carpets. If you are after the best sound don’t let this convenience sway you. A twisted cable can make a dramatic difference.

Subjectively, twisted cables bring the midrange forward and tighten up the bass. Spacing the conductors further apart and not twisting them has the opposite effect – they give the bass a more relaxed feel with longer decay of notes. Knowing this simple fact can help you correct a system imbalance by matching it to a more suitable cable.

If you have valve amps, you should almost certainly choose twisted cable as this will tighten the bass by reducing the inductance load. Valve amps are notoriously load sensitive which is one reason this works.

Certain amps like Naim, Exposure, and Linn have been designed for use with dumbell cables (flat & spaced) – it’s usually best to stick with flat cables for these amps to give best sonic results. More importantly you can invalidate the manufacturer warranty by using a non-recommended cable.

Higher performing amps tend to use less negative feedback and sound better with the easier load of twisted cables. For example most Class A amps will prefer twisted cables.

Sometimes the above guidelines are invalidated because an amplifier or loudspeaker response is not even. For example if your system gives a very forward sound in the mid-band, you may find that a dumbell configuration works best.

You should be aware that this is a tricky area where there are many exceptions to the rules. The best policy is to experiment between the 2 types of cable, and this should leave you in no doubt as to which is best for you.

Most cables consist of thin strands of wire bunched together to form 2 conductive cores. However there are alternatives in the form of “Litz” and “solid core”. If you don’t know what Litz wire is, then it’s best described as a bunch of thin wire strands within a conductor, in which every strand is individually insulated from it’s neighbour. Favoured in many high-end cables, this configuration has the advantage of completely eliminating signal degradation caused by electricity jumping from strand to strand as it passes along the cable. Electricity “jumps” in normal stranded cable because it travels the quickest path. The bunched strands making up the cable do not run straight, but have a light twist to hold them together for manufacturing reasons. This twist causes “jumping” but any bend in the cable will have a similar effect. As one might expect, elimination of the jumping effect manifests itself in a very pure sound, devoid of grain and background haze.

A well designed Litz wire always seems to perform well as an interconnect. However for speaker cables it is not as consistent, perhaps because it presents a higher impedance for low frequencies. On account of this, it’s best avoided as a speaker cable on valve and low power amplifiers. For anything over 40 Watts solid state, a Litz cable can be a huge advantage.

Solid Core cable is usually a single, relatively thick conductor instead of a bunch of thin strands. Similar to Litz, there is no signal degradation caused by electricity jumping across boundaries and as you would expect, the sound is pure and transparent.

A large diameter solid core wire such as Origin Live Soli-Core is highly favoured by valve amp users. No one really seems to know exactly why thick twisted solid core wire works so well on valves but it outperforms exotic alternatives including Litz wires.

Plugs are influential on sound – yes, dare I say it, they are surprisingly audible. Different plugs influence the sonic characteristics of a cable significantly. Plug design is worthy of a separate article so I’ll save this for a later date. We are meticulous when it comes to sound quality and the fact that a plug is made from copper as opposed to brass is just the start. In a future bulletin we’ll look at the results of testing 4 copper plugs made by WBT, Furutech, Harmony and ETI.

We have only hinted here at some of the research conducted into cables but hopefully this article is of some help.

If you have a Quick Question… 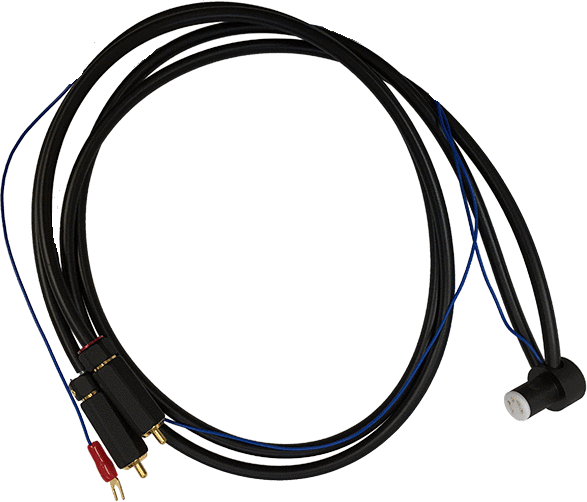 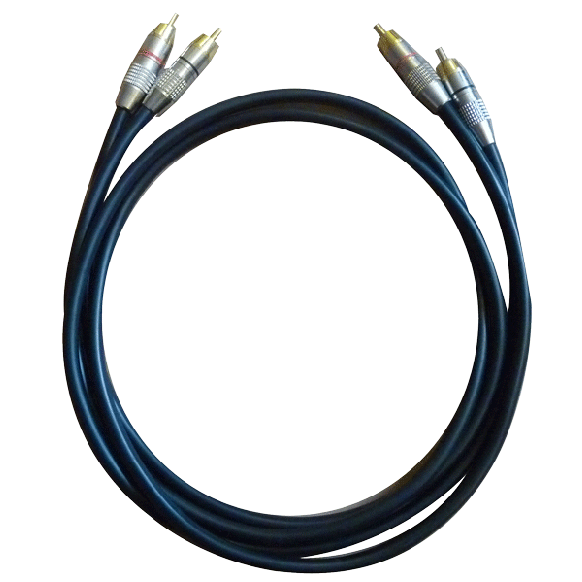 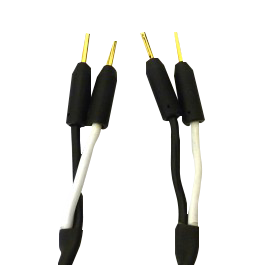 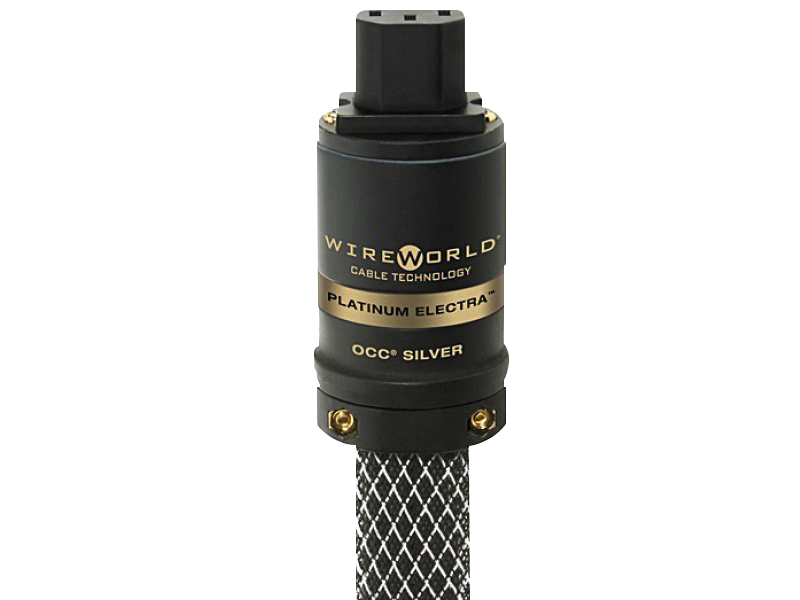