Back to Turntable Key Information

If you already have a standard Origin Live deck and wish to change to a 12 inch arm mount, the only solution is to swap over the entire sub-chassis assembly. This is only possible on MK3 decks and also involves more expense than including the 12 inch arm mount in the first place. To order a 12 inch sub-chassis in this instance please go look at our upgrades page. You will need to return your current sub-chassis for this option. We will send you a guide on how to carry out this operation which is straightforward to do yourself. 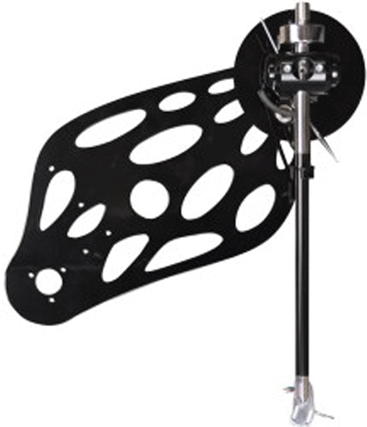 The dual armboard allows 2 Origin Live or Rega arms to be fitted to the deck. Reasons for this are as below:

If you are considering this option, then it is easier and saves money to order the dual armboard sub-chassis with the deck and not at a later date.

If you already have a standard Origin Live deck and wish to change to a dual armboard, the only solution is to swap over the entire sub-chassis assembly. This option is only possible on MK3 decks and also involves considerably more expense than ordering the deck with dual armboard included.

Please note that the dual armboard for the Aurora and Calypso is different and more economical than that of the one for the Resolution and Sovereign decks.

You can order this option on the turntable ordering page. 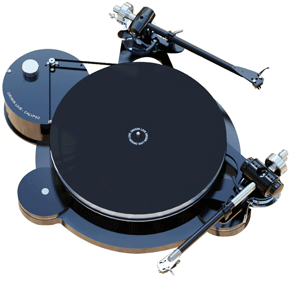 The multi-layer platter is difficult to produce but the performance improvements are worth it. Noteable are increased dynamics, ultra fast transients, deeper bass and improved definition throughout the range. However all aspects of the music benefit when you install this platter.

The Multi-layer platter uses advanced energy dissipation techniques to both support the record with minimum resonance whilst at the same time allowing energy to escape. This item solves complex issues that plague sonic purity and derives from massive research and development. The closer structures get to the actual record the more they have to be right.

This option is included as standard on the Sovereign deck and above. However it may be added as an optional extra to the Calypso & Resolution.

My final move was to change the Calypso’s standard acrylic platter for the upgrade multi-layer affair. Acrylic may well be a popular platter material, but its detractors observe that it may suck some of the energy from transients resulting in a soft-focus ‘Vaseline-on-the-lens’ presentation. Alternative platter materials can sound more dynamic, but none is without its own drawbacks. Origin Live’s response was to develop a platter with multiple layers. Thick acrylic forms the base; then a thin layer of what looks like aluminium, with intricately machined perforations; followed by a slightly thicker layer of what might well be Delrin; and finally Origin Live’s own platter mat. I am certainly correct about the first and the fourth, but the middle two in the sandwich must remain guesses. (Origin Live declined to discuss the composition.) The sonic outcome of fitting the new platter to the Calypso was not marginal in a “well, it might as well stay now it’s on there” kind-of-way. It was shockingly effective, resulting in a 50% plus uplift in performance over stock. Invitation, a recording of Jaco Pastorius’ One Truth Band made when on tour in Japan has been a vinyl staple of mine for some years. Musically exceptional, tracks that I had listened to many times had a freshness, immediacy, power and resolution on the Origin Live rig that rocked me back in my seat This platter doesn’t accentuate one band
of frequencies at the expense of others. It is a masterpiece of voicing that must have taken heaven only knows how long to get right. It works evenly, top to bottom, removing the fog from recordings. Timing, dynamics and tonal veracity are all improved. I had thought that th  supporting musicians on Invitation
had got a bit loose and ahead of themselves on a few occasions (particularly on Fannie Mae/Eleven where the entire band brings the recording to a raucous  sustained climax), but the Calypso demonstrated that they don’t get sloppy at all. Fine timing, agile dynamics and a lack of slurring and ringing, revealed space between notes where I had heard little or none previously. Now the track made perfect sense, sounding busy, but tight and disciplined. This upgrade platter  enables the Calypso to dig deep into the lowest octaves, with more power and articulation than any other non-suspended turntable that I have heard, and better than most suspended designs too. Impressively, if the grooves say ‘loud and powerful’, that’s just what the Calypso delivers, and its tonal density is rich and satisfying too, which doesn’t imply coloration, but a closer to real life presentation. The exceptional gains that resulted from the change to the multi-layer platter would not have been realised had the extra tonal density, tight timing and powerful dynamics not been there in the first place, waiting to be revealed. That they were is credit to the Illustrious, a middle-tier tonearm in the Origin Live catalogue, but a quite exceptionally resolving, musical and well-engineered product in its own right. Read More – Full Review >
Hi-Fi Critic