After my experience of “Spring Cleaning with Origin Live” (see review here) I managed to set up my ‘Reference’ listening room system with 6 different turntables, each switchable at will. This kind of comparative listening experience is not often available to many audio enthusiasts, being essentially the province and proving ground of those who work in the retail audio world, where A/B (A/B/C/D/E/F?) demonstrations/comparisons are a daily occurrence.

The turntables varied in age, manufacturer, ultimate level of resolution, phono cartridge, and phono stage: the only common threads being the manufacturer of the tonearms – Origin Live – and the Sound Lab Dynastat loudspeakers through which they all played. Casual listening to each table was a profoundly enjoyable experience, as each was capable of making music. That is, the timbre of each instrument was readily identifiable; its placement in the sound stage unambiguous; phrasing, punctuation, and emphasis in musical lines clear, and rhythmic thrust and pulse immediate and involving. This is not surprising, as I’ve long been an advocate of the ‘English School’ of turntable design (first clearly promulgated by Linn’s Ivor Tiefenbrun back in the 1970’s) which holds that the ultimate criterion for judging the quality of a turntable system is its ability to communicate the music. The fact that all the tonearms were manufactured by Origin Live is indicative of the high musical regard they hold in my audio hierarchy.

Since each turntable played in isolation could easily deliver the musical goods, it became clear that if forced to limit myself to only one analogue rig, any one of them could have done the job. A/B switching brought differences of the various tables to the forefront of perception however, and raised the question: Just “How good should it sound?”

The Origin Live Zephyr is the top Origin Live gimbal-bearing tonearm. (Origin Live’s other “Premium” tonearm line features Dual-Pivot bearings, which combine Uni-Pivot design in vertical movement with Gimbal-bearing stability in the horizontal plane.) The Zephyr costs 950 UK Pounds, or US $1261 based on the exchange rate on 6/16/18.

Origin Live’s extensive product line of turntables and tonearms is extremely well thought-out and rational in its results: each increase in price brings a commensurate increase in performance, both sonically and musically. This, obviously, is as it should be. This rationality is especially important to Analogue LP playback, which while possessing infinite potential resolution, faces almost comically difficult performance challenges in attempting to achieve that potential.

I’ve often jokingly described the job of Analogue LP playback as like trying to remove a speck from the eye of a flea from ten miles away with a bamboo pole, at night, during both a hurricane and an earthquake, after drinking 50 cups of coffee. Though the task, on its surface, seems impossible, every genuine improvement in the quality of the cartridge, tonearm, turntable, and phono stage will yield audible performance improvement. I must commend Origin Live for its rational, common sense product line: one simply buys the most expensive gear that fits one’s budget. Origin Live’s value for money spent is simply off the charts.

After the “Wow!” and “Aha!’ exclamations that initial auditioning of the Onyx arm evoked, the Zephyr took far longer to come into song. Mark Baker of Origin Live recommends 40 hours of play with a moving magnet cartridge, 100 hours with a moving coil to fully break-in his arms. He even offers a special burn-in cable to facilitate the chore. I’ve been accused of having the curiosity of a kitty and the patience of a puppy, and the burn-in chore is the part of audio reviewing I find the most annoying. “Hurry up and wait.” It took 50 hours of playing the Cartridge Man MusicMaker III moving-iron cartridge before I felt confident in giving credence to what I was hearing.

I used 6 different phono cartridges, running into 6 different phono stages on 2 different turntables in auditioning the Zephyr arm. The Zephyr never seemed taxed or flustered with any combination. The Cartridge Man MusicMaker III, because of its exceptional ability to reproduce the timbre of acoustic instruments and the music they’re playing, ultimately served as my dominant test-mule.

If one was to try to describe the signature of the Zephyr tonearm, detail, control, and refinement would serve as accurately as any. We know, or should know, that transient performance is crucial in any piece of hi-fi gear to depict the psychoacoustic cues that our brain uses to convince us that we are listening to music. This transient performance is critical in its demand for speed and timing accuracy. The initial transient of a note tells us where the sound is coming from, followed almost immediately by the ‘flowering’ of the note which tells us its pitch, and coupled to the note’s unique array of harmonics, tells us what instrument is playing the note. The decay of the note’s harmonics also depends on temporal accuracy, and must include the time between each note and the following note to produce the momentum that creates the movement of a melodic line, along with its rhythm.

A truly good analogue rig will fulfill these psychoacoustic demands, and what is notable about the Zephyr tonearm is how easily and with what great refinement it does its job. I found it impossible to catch out; it sailed through the toughest tracking and musical demands without batting an eye. The Zephyr’s level of detail retrieval was simply excellent. Subtle aspects of timbral nuance made instrument identification a believable, accurate, and natural-sounding process. Image stability was first-rate. It is easy to forget just how beautiful acoustic instruments can be in their sonority. The Zephyr captures that euphony without falsification. It offers a sonic feast for the ear.

But it was in musical communication that the Zephyr’s quality truly revealed itself. What the instruments played and how they played it was immediately open to perception. All the details of a musician’s artistry were clearly revealed: “touch,” phrasing, punctuation, dynamics, tension/release, flow, tempo, and rhythm. This artistic communication was equaled in the Zephyr’s portrayal of multiple instruments and their interaction.

I believe it was Thelonius Monk who once commented that it isn’t the notes that count in music, it’s the space between the notes. Indeed, the Zephyr’s display of musical expressiveness, that feeling in the listener of almost holding one’s breath as a musical line unfolds to its resolution, is (I’m sorry) breath taking.

While it is convenient, when writing about audio gear, to distinguish between micro and macro in describing a component’s dynamic prowess, it must be emphasized that even large dynamic events also contain critical low-level information, and vice versa. In fact, correctly revealing this complex of simultaneous dynamic events is one of analogue playback’s primary strengths. The Zephyr depicts it to intense musical satisfaction.

Superficially, there is nothing radically different in the appearance of the Zephyr compared to OL’s benchmark budget arm, the Onyx, which I have previously reviewed (see review here) The cueing and anti-skate devices are the same, as is tonearm geometry/mounting, and arm height adjustment. Cosmetically there are bright accents that differentiate the 2 arms, but it is the content laying below the superficial cosmetics that give the Zephyr its identity. The aircraft alloy arm tube is more rigid, the bearing and bearing yoke also are more rugged and resistant to unwanted bending, the Zephyr sports a different counterweight, and the arm’s connecting cable and RCA plugs are far more deluxe. All in all, the quality and thus, the effectiveness, of each part of the tonearm is improved.

An excellent example of, and test piece for, this kind of detail and dynamics is Miles Davis’ Kind of Blue. The best-selling Jazz album in history (it’s safe to assume that almost every audio enthusiast owns at least one copy,) it also is a great piece of improvisatory art. If playback sounds like a rather abstract and perfunctory run-through of some challenging intellectual ideas, there is something very wrong. Played back with the Zephyr arm involves one deeply into each performer’s solo, each note and each decision on what the next note should be perceptible. One becomes so involved in the music-making process that it seems one is actually helping to create the music. 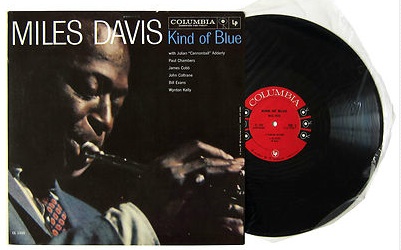 The ability to communicate the artistic quality and the artistic intent of a piece of music is one of the primary strengths of the Analogue LP. I personally find artistic distortion the most heinous and unforgivable of audio sins. Origin Live has long excelled at eliminating artistic distortion in its products and the Zephyr tonearm grandly follows that great tradition. The word “zephyr” has always been one of my favorite words in the English language, both for how it sounds and in its meaning. After my time spent with the Origin Live Zephyr, it slots in as one of my favorite tonearms: both for how good it sounds and how well it communicates the artistic meaning of music. Very very highly recommended.

Components Used in this Review