Does Age Affect Your Hearing?

Does Age Affect Your Hearing? 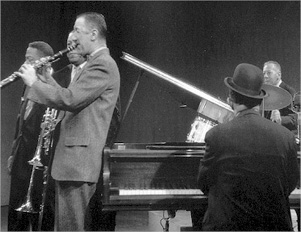 This article is prompted from talking to some of our clients, who are concerned that because they are not getting any younger, their hearing may be on it’s way out.

I would like to start by saying that 25 years ago, I personally knew an excellent audio reviewer by the name of Peter Turner, who was still reviewing at the age of 80! In case you are wondering if his reviews were reliable, I can say that he would sometimes go round to a much younger friend’s house to get a second opinion. I was with him on one of these occasions and can report that his hearing was as sharp as a pin – we had little to add to his observations during this equipment audition.

A few other factual stories are worth relating before drawing a few conclusions.

On radio 2, there was a phone in discussion regarding the rights and wrongs of 20kHz sirens installed outside city centre bars, to disperse young teenagers. Most adults hear up to 18kHz and are not supposed to be affected by this, whereas the under 15s should find it deafening. The surprising thing was, that there were 40 year old women phoning in to say how painful they found these sirens. This indicates very strongly that they probably retain hearing at 20Khz simply because they have not exposed themselves to much noise.

One of my friends was a sniper in Iraq. At age 23, he experienced severe hearing loss from the regular firing of a rifle with it’s very high impulse levels of sound.

A silver medallist swimmer who was also a real audio enthusiast, related to me that his hearing had been knocked down to around 10 kHz from the constant high frequency noise of rushing water past his ears in the pool. Although he was unable to hear top end detail, he was still able to appreciate even the smallest improvement to his Hi Fi, especially in the bass as this part of his hearing was relatively unaffected.

The star drummer at the opening ceremony of the London Olympics was deaf from birth, and simply “feels” the music from vibration.

Lastly there was a concern a while ago that older orchestra conductors might not be as good as younger ones due to hearing loss. Bear in mind that orchestra conductors suffer hearing loss from standing in front of very high dynamic sound levels. So a test was conducted – It was found that the more experienced older conductors were able to point out things that the younger ones did not pick up. This is explained by the very important way, in which note frequencies and harmonics interact with all the other frequencies (called inter-modulation effects).

The brain is incredibly adapt at interpreting these inter-modulation effects. So although your ear may not hear high frequencies directly (because of hearing loss), the brain interprets the inter-modulation effects to “hear” higher notes which the ear is not physically hearing. The BBC studied this phenomenon and gave the example that even on a phone which only produces sound above say 500Hz, the brain still can identify a deep voice and is “hearing” the voice as producing notes down to say 200 Hz or less. This is the same phenomenon that can trick the brain into thinking small speakers are producing deep bass when they are not.

From these stories, the following suggestions can be made:

Hopefully this will go some way to dispersing some of the concerns regarding the validity of experiencing high quality sound as the years pass. In a future article we shall talk about why a small minority of people do not seem to hear the differences that others rave about. Part of this discussion will go through why the ability to hear even minor differences is important and how to succeed in hearing them.