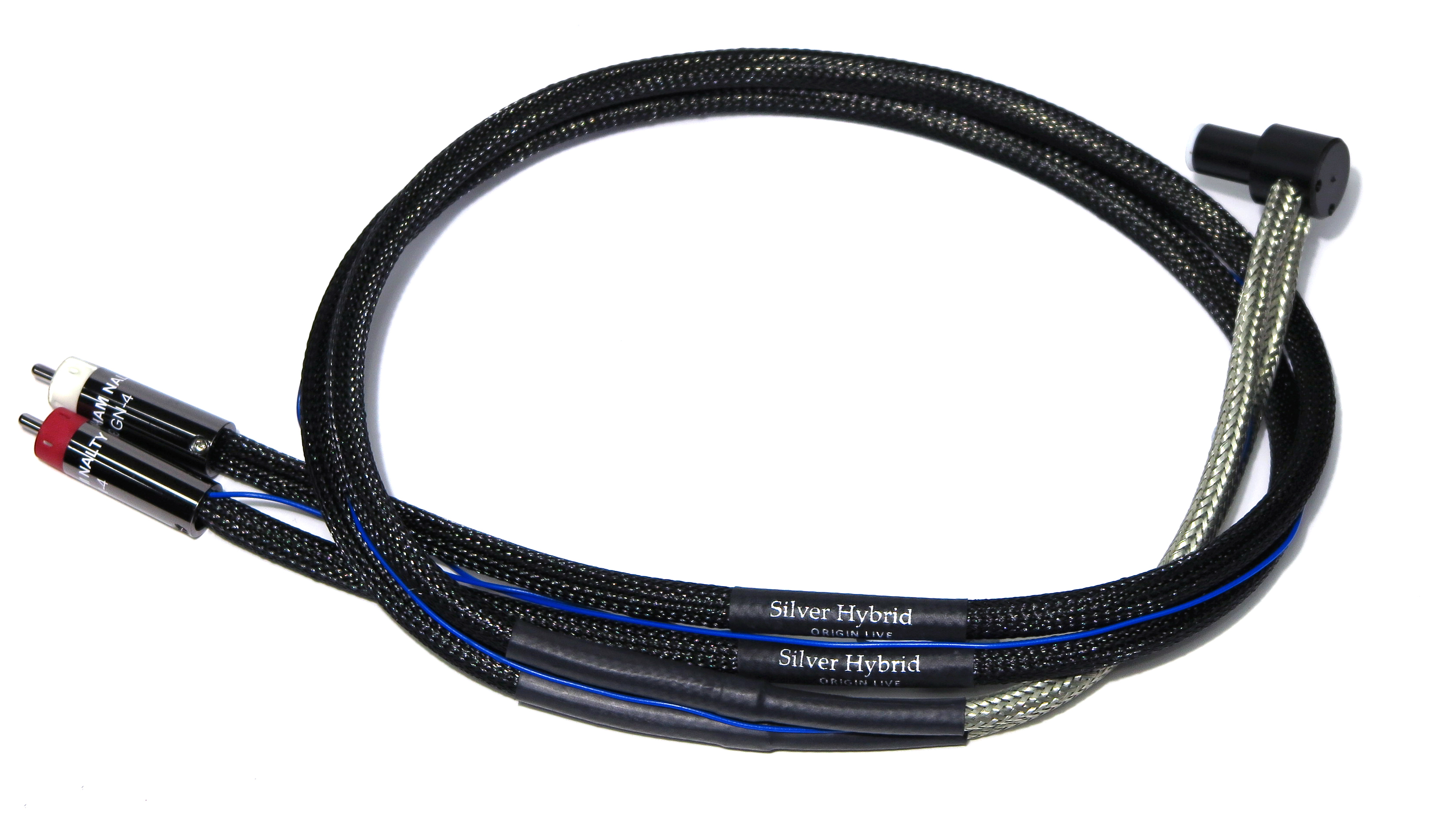 Silver Hybrid cable makes a huge difference to any tonearm and is among the best arm cable available. Reveiw comments reveal what to expect:

“I then swapped Origin Live’s standard copper external arm leads for the Silver Hybrid S, built from copper and silver litz wires. This upgrade cable brought about such an obvious improvement in tonal balance, dynamic expression and bass power that I checked that the mains voltage coming into the house hadn’t suddenly increased (it hadn’t), or that I hadn’t changed the volume setting on the amplifier (ditto). Apart from its obvious sonic benefits, another feature of the cable that had my approval was the multiple earthing options it offers. Neatly finished wires and tags are attached to both channel screens, and to the fifth pin. This is a thoughtful move that will widen the appeal of the cable to owners of other tonearms. Why don’t more manufacturers do this?”

A recent client reviewed the Silver Hybrid Cable. His comments are as follows:

“This tonearm cable is one of, if not the best stand alone upgrade I have ever made. Common thought is just to upgrade the tonearm and cartridge which I did, and yes it was worth it. However the Origin Live Silver Hybrid cable simply plugged into my SME V with no setting up. Just burn in and that’s it.

As mentioned before this is by far the most significant upgrade I’ve ever heard. Sound just jumps out at you in such a way that my trusty favourite albums which I use to test systems, sounded new. Not new as opposed to old, but in the sense that you haven’t heard them before in terms of background detail, darkness between instruments and the vocals.  The sound improvements leave you wanting to play everything you own again. The best thing is that compared to upgrades already mentioned, the price of this was about 5% of the tonearm cartridge combo for comparison. Simply put you just couldn’t take it back. Thanks”

Over many years dealers and reviewers have brought some outstanding cables to our notice which surpassed those we were using at the time. We were always faced with 2 choices. Either include these cables in our arms or develop something better.

One USA cable of particular note was highlighted to us by a USA dealer who listens to a great deal of high end gear. This particular cable cost £1000 and was the best he’d come across at under £4000 which included many leading brands. We duly purchased this cable and yes, it was so good, we were going to offer it as an option with our arms. However just a month later we came across an extraordinary breakthrough in our own ongoing work with cables and this proved to comfortably outperform the £1000 market reference we were about to adopt.

Silver Hybrid design is revolutionary and the culmination of over 30 years in the field. It comprises Silver wires and Copper Litz wires laid up in an advanced configuration  using little known handbuilt techniques. Wires are specially treated including cryogenic freezing. The highest performing Black Rhodium GN4 single point contact plugs are fitted for minimal eddy currents.

The resulting sound displays an extraordinary level of definition and separation compared to most other tonearm cables.

Note for Origin Live tonearm owners: This cable is included as standard on Origin Live Conqueror and Enterprise arms

The Performance betters most Silver arm wires at many times the price.

The fundamental task of your record player is to k
Introducing the Agile Tonearm. Every aspect of our
It was an honour to appear with trinnov audio at t
"I'd like to say that Voyager S turntable is a pur
Follow on Instagram
This site uses cookies. Find out more.